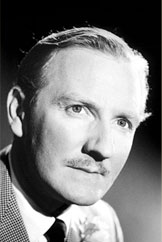 Leslie Phillips CBE started his career as a child star and following a prestigious career in the military returned to the stage becoming one the UK’s most recognized stars.

From the ‘Doctor’ series through to the ‘Carry On’ films, more recently ‘Harry Potter’ and his most recent film ‘Venus’ alongside Peter O’Toole, Leslie Phillips has maintained his place in the affection of the the film going public like no other star.

Alongside his cinema fame, Leslie Phillips has had an illustrious stage career gaining the respect and attention of the public and business colleagues alike.

As our first patron, Leslie Phillips support of the Plaza has seen many personal visits to this grand art deco venue and in no little way has his support motivated and helped us sustain the dedication and hard work that has made the Plaza such a success. 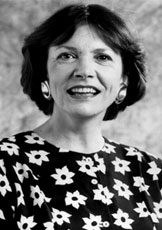 Joan Bakewell, Baroness Bakewell DBE was born and educated in Stockport and rose to prominence in the 1960s through BBC2’s Late Night Line-Up.

A renowned and respected writer and broadcaster Joan Bakewell was made a DameCommander of the Order of the British Empire (DBE) in the Queen’s birthday honours list in 2008 , further endorsing her credentials as one of Britain’s foremost journalists

Outside broadcasting, she acted as an associate fellow at her alma mater in the 1990s and served as Chairman of the British Film Institute from 2000 to 2002.

In recognition of her stature as one of the UK’s most important and influential journalists Dame Joan has been appointed a champion of the elderly by the government a role which will include raising the profile of age equality issues and encouraging public debate around age discrimination laws.

In November 2010 it was announced that Dame Joan Bakewell would be awarded a life peerage, joining the Labour bench.

Dame Joan Bakewell was formally introduced to the House of Lords on January 25th 2011 as Baroness Bakewell of Stockport. 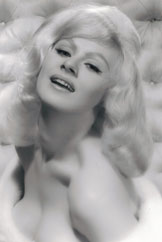 Sabrina was Stockport’s very own glamorous film star and having found fame on the television, moved on to Film roles including a starring role in the magnificent St Trinians feature ‘Blue Murder at St Trinians’ 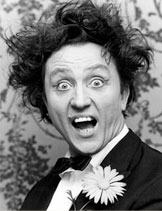 Sir Kenneth Dodd OBE the ultimate happiness man and one of the first stars to appear on the Plaza Stage when she was saved from an uncertain future in 2000 regularly appeared at the Plaza in sell out performances which ensured he ratained his tiatle as the King of Comedy.

Born and brought up in nearby Liverpool, Mr Dodd’s glittering career saw him appearing on television, the stage and on vinyl with his string of recordings and as a true variety artiste this made him the perfect patron for Stockports very own 1932 Super Cinema and Variety Theatre.